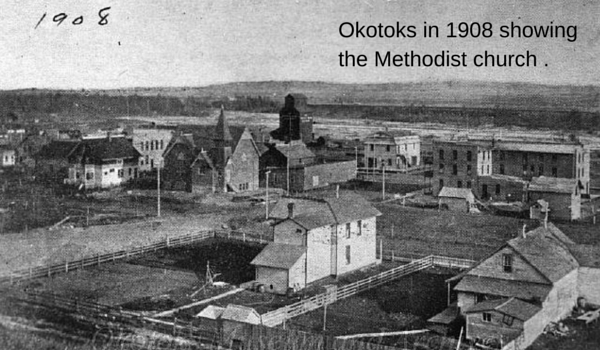 On June 24, 1917 the Methodist and Presbyterian churches united in Okotoks 8 years before the United Church of Canada was created.  The resulting United Church of Okotoks met in the Methodist building which had been built in 1906. After nearly a century of worship in the beautiful brick church on the corner of Elma Steet and Centre Avenue, members of the Okotoks United Church made the difficult decision to sell their building.

In 2002, with proceeds from the sale and a financial committment from its members, the congregation purchased the Ginger Tea House property, turning it into a centre for mid-week activities and outreach programs until the new sanctuary was ready in 2011.

In 2011 the church completed the move into the new building.

A detailed history book was compiled to commemorate the 100th anniversary of OUC on June 24, 2017.  Copies are available for purchase at the church office.